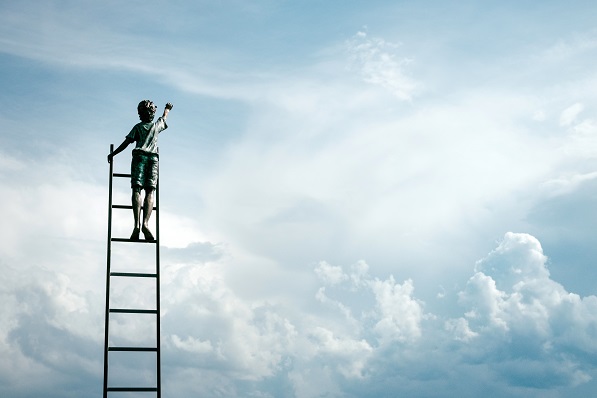 Why do some students give up when they encounter difficulty, whereas others continue to strive and learn?  Some would say that this is due to resilience, motivation or supports. More recently, another term has been introduced to explain this, ‘A Growth Mindset’, which relates to one’s beliefs about why they failed.

As humans we generally tend towards one of two types of mindsets – a fixed mindset or a growth mindset. A fixed mindset is the belief that we cannot change in any meaningful way. That we are born with certain character traits, amounts of intelligence and creativity, and that nothing we can do will change that.

In contrast, a growth mindset is the belief that intelligence can grow and be strengthened with effort. Children with a growth mindset believe that they are capable of achieving what they want if they put in the time and effort to get there and therefore focus more on the process, rather than the outcome.

To highlight this, let us consider ‘Alex’, a brilliant student who breezed through primary school and year 7 and 8. During this, Alex completed his assignments easily and routinely earned A’s. Alex puzzled over why some of his classmates struggled, and his parents told him that he had a special gift. In Year 9, the demands of school increased and Alex seemed to suddenly lose interest. He refused to do homework or study for tests and his grades plummeted. Parents and teachers tried to boost Alex’s confidence and reminded him that he was very smart. But their attempts failed, with Alex stating that school was both boring and pointless. It could be seen that from an early age, Alex held the belief that no-effort academic achievement defined his as being smart and that intelligence is innate, which made striving to learn seem less important than looking smart (a fixed mindset). This belief also resulted in Alex viewing challenges, mistakes and the need to exert effort as a threat to his ego, rather than an opportunity to improve. And it caused him to lose confidence and motivation when the work was no longer easy for him.

On the other hand, research has shown that those who have a growth mindset are more likely to apply themselves to challenges and achieve positive outcomes. A growth mindset fosters motivation, resilience and persistence. A fixed mindset kills it.

Nurturing a Growth Mindset: Parents, teachers and any important adult in the life of a child or adolescent have the power to help foster a growth mindset. Here’s how:

1. Tell them, over and over and over that ‘Brains can get stronger.’ We all need to know that our brains can grow stronger with time and effort. It sounds simple, but the effects of believing this are profound. Some of us are taught this and others think that they are the way they are and that nothing will change that. Repeat ‘Brains get stronger’ over and over to the kids in your life until they’re reciting you or telling you to stop – and then keep going. The more they can believe this, the more likely they are to try new things.

Let young people know that the first time they try something, it’ll be hard, but the more they practice and learn that thing, the easier it gets. Like riding a bike, the first time you ride a bike, it might be hard and you might fall off a few times but that doesn’t mean that you can’t be great at riding bikes. It just means that you’re not good at riding them yet and need more practice. Subsequently, by learning and practising new things we are strengthening our brains. Just like exercise makes our bodies stronger, learning makes our brains stronger. The book ‘You Can Grow Your Brain’ highlights this.

2. Share stories of hard work and how these lead to achievements. For instance, talking about mathematical geniuses who were more or less born that way puts students in a fixed mind-set, but descriptions of Walt Disney who was initially rejected for not being creative enough and thus worked harder, engenders a growth mind-set.

3. Pay attention to effort over results and catch them being persistent. A grade that has been earned with hard work, whatever that grade is, should always be rewarded before something that was achieved without effort. Similarly, any time you see them putting in effort, working hard towards a goal or being persistent, acknowledge it.

This can be reflected in the ‘Application Section’ of MRC students school reports, as well as Application to Study Awards.

If a student does well without effort, it’s still important to hold back from making it all about how clever or capable they are and instead saying something like ‘Ok. That was too easy for you. Let’s see if there’s something more challenging that you can learn from.’

Engage in conversations about daily mistakes and what you learnt from them, as well as modelling and showing times when you were not successful but were ok. For example, if you take a wrong turn, point out the interesting things you notice now that you’re on a different road.

4. Encourage them to keep the big picture in mind. It’s where they end up that matters. The stumbles on the way are just part of the learning and the way there. Learning takes time and the path will not be straight – it will be crooked and interesting and full of great opportunities, exactly as it was meant to be.