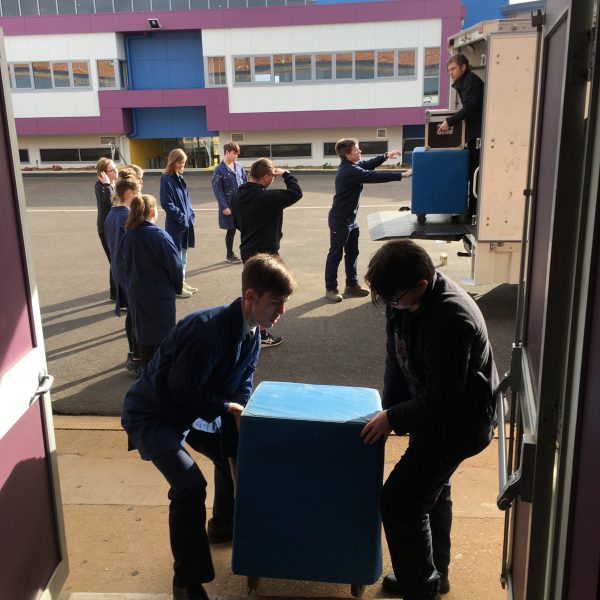 A new phase in our musical, ‘We Will Rock You’ has begun, the all-important, bump-in! On 2 & 3 September, over a ton of lighting and sound equipment was moved in, raised seating was built, panels were painted, and areas cleared for use by the cast.

At 9am sharp on the first day, Nathan from ‘Dynamic Production Backline’ arrived with the lighting and sound equipment. For the next hour, it was all hands-on deck as we moved crate after crate of gear into Conway Hall. While the gear was unpacked and set up, we set about ‘painting’ the set, which meant allowing some students to let loose their inner graffiti artists on the panels made by Daniel. Even the motorbike and the surf-board were improved!!

Signs were cut out; the walls were covered in posters and the set finalised. Our challenge now is to bump out bump-in so we can perform our shows! 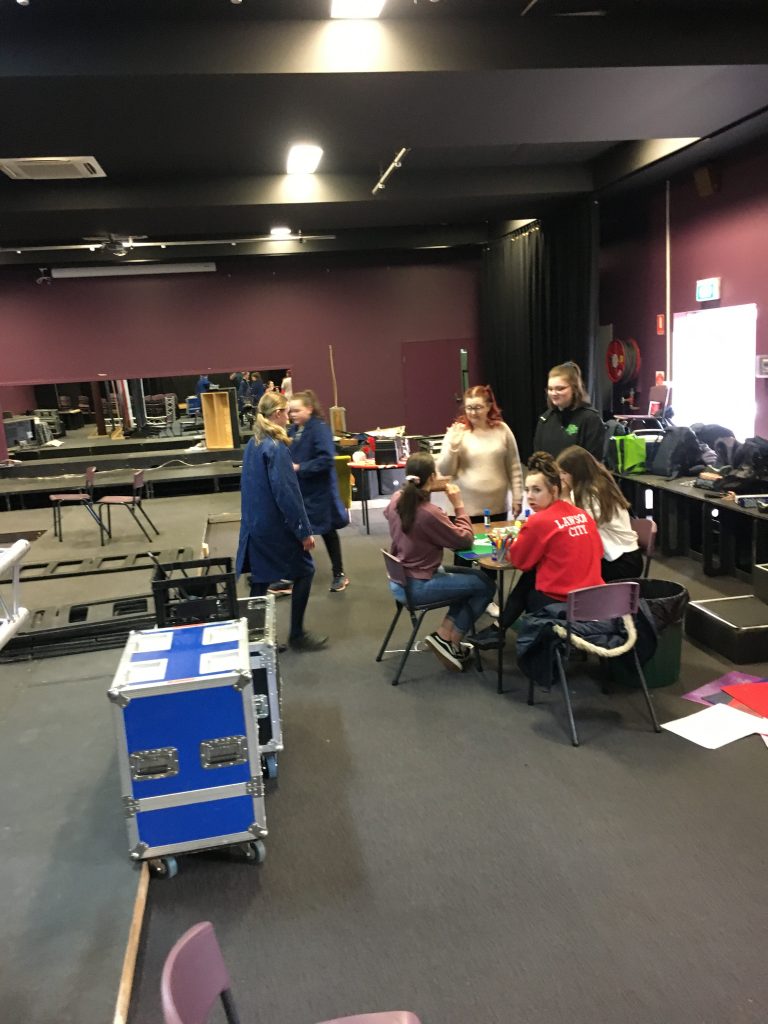 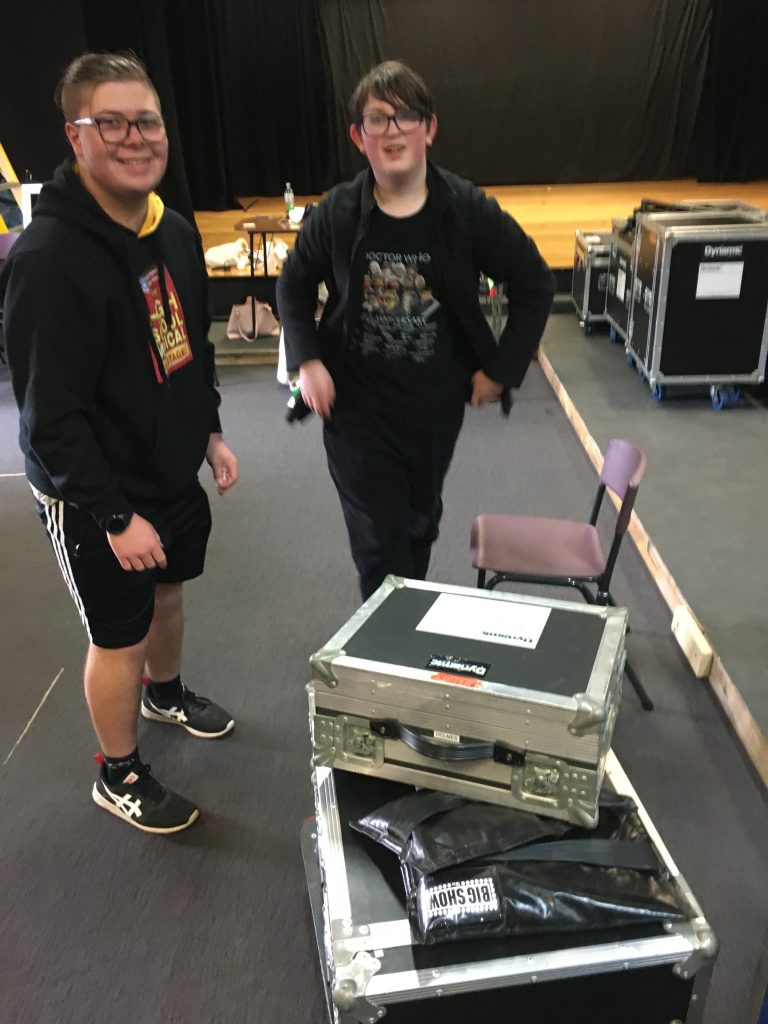 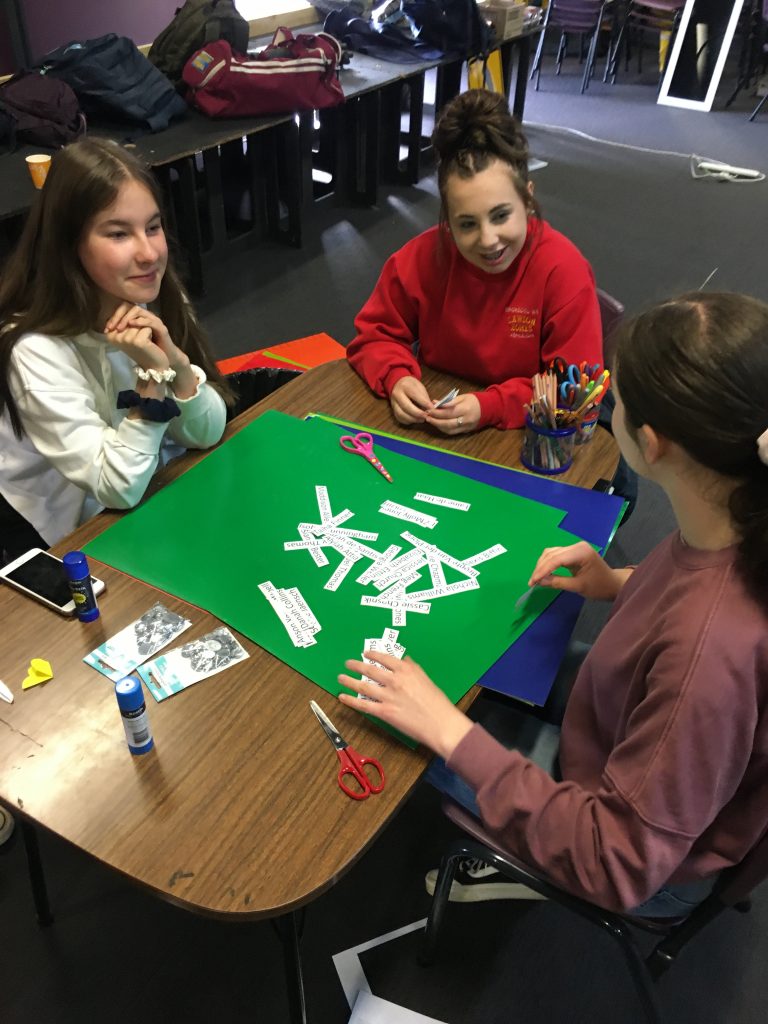 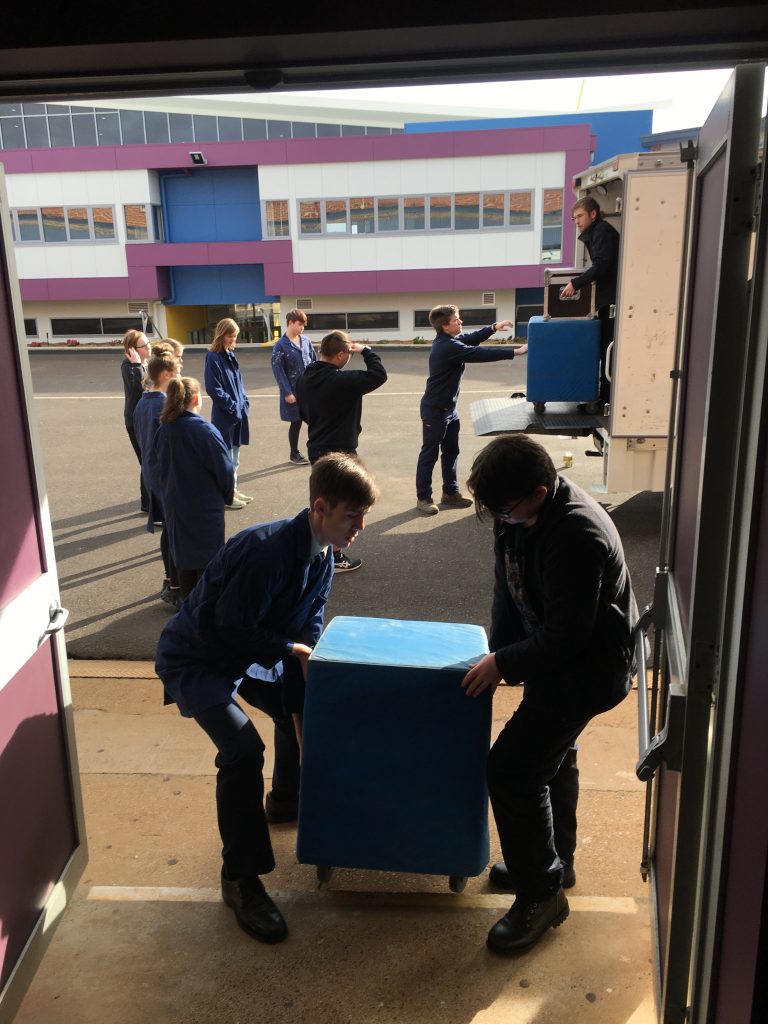 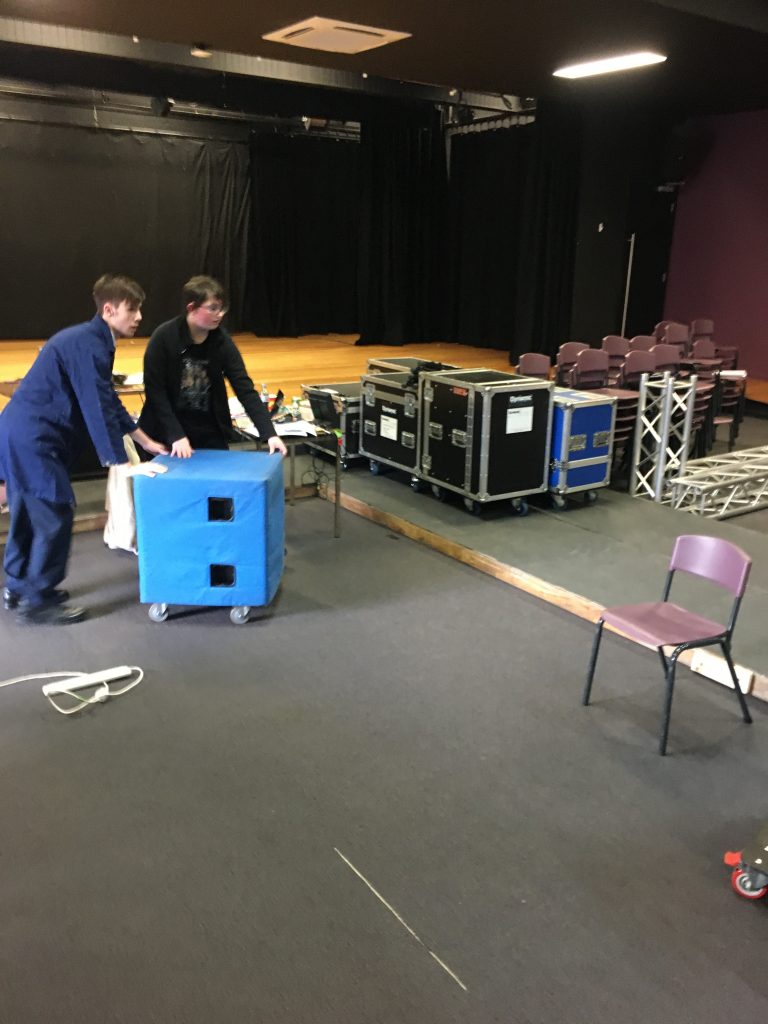 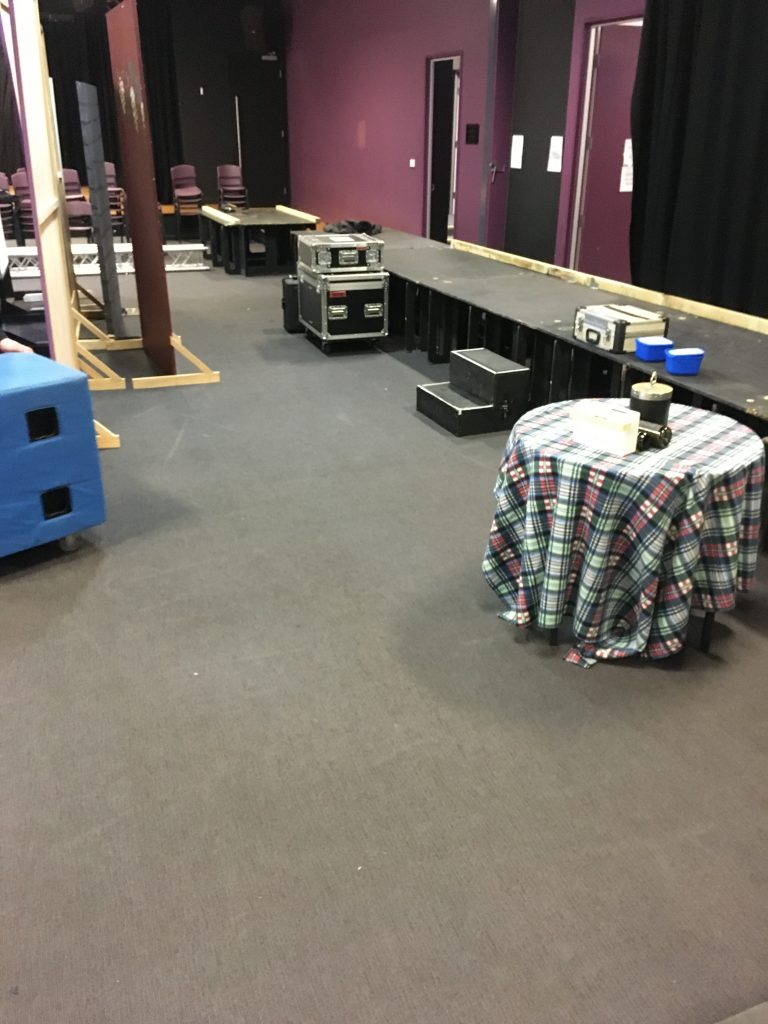 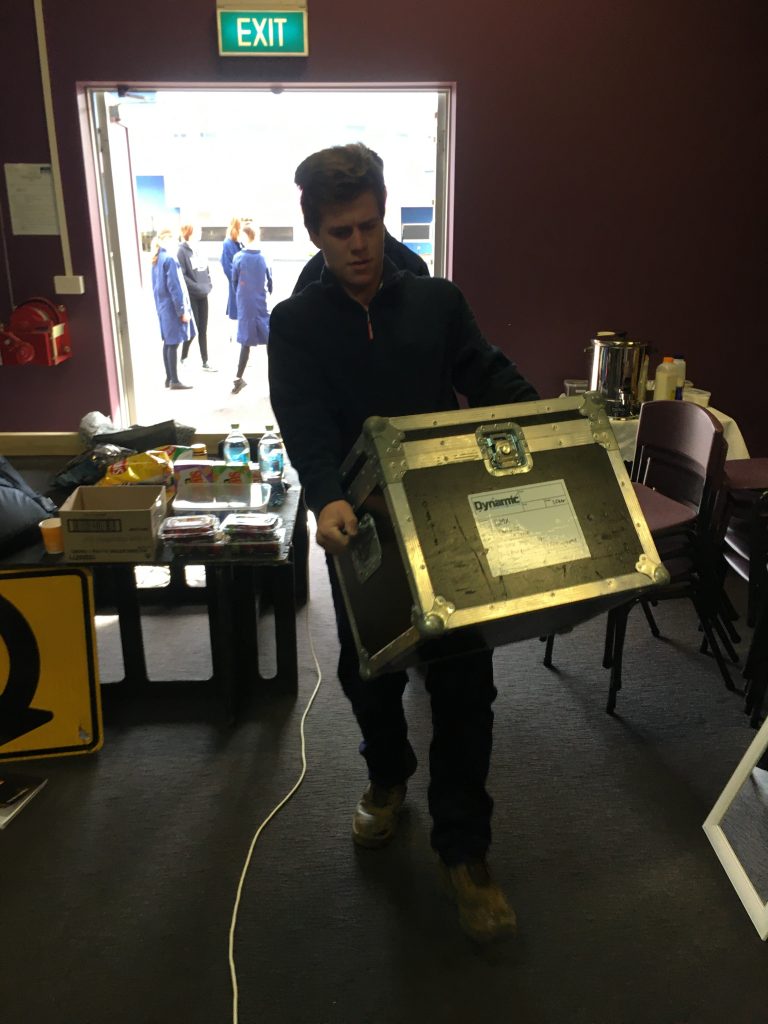 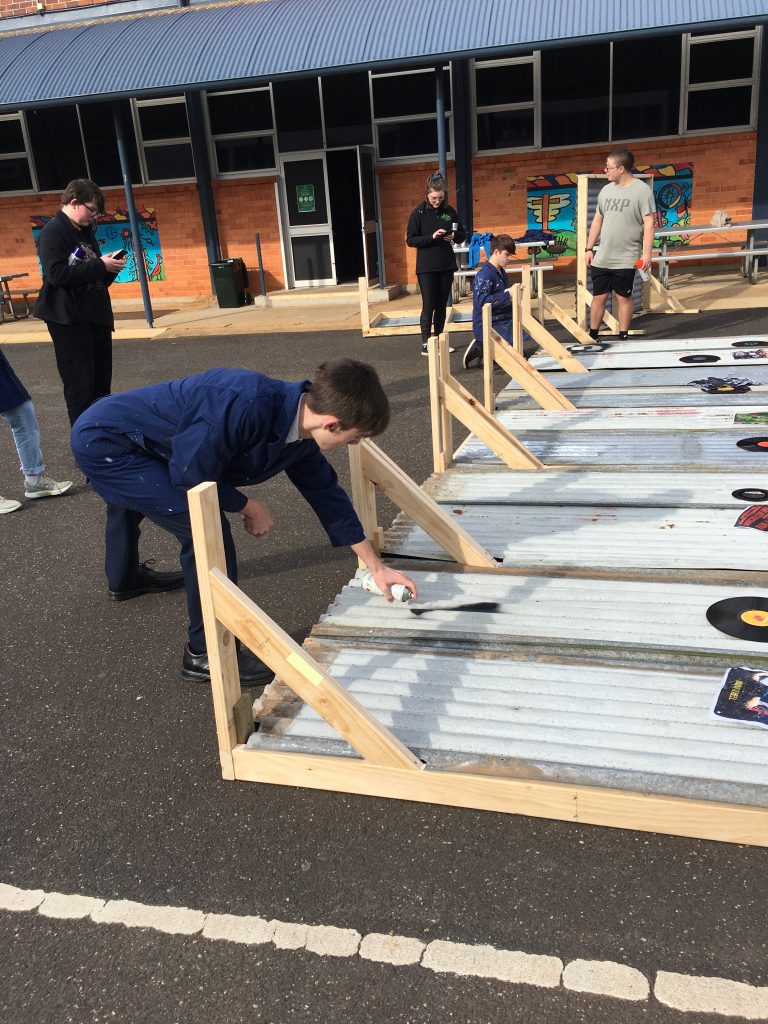 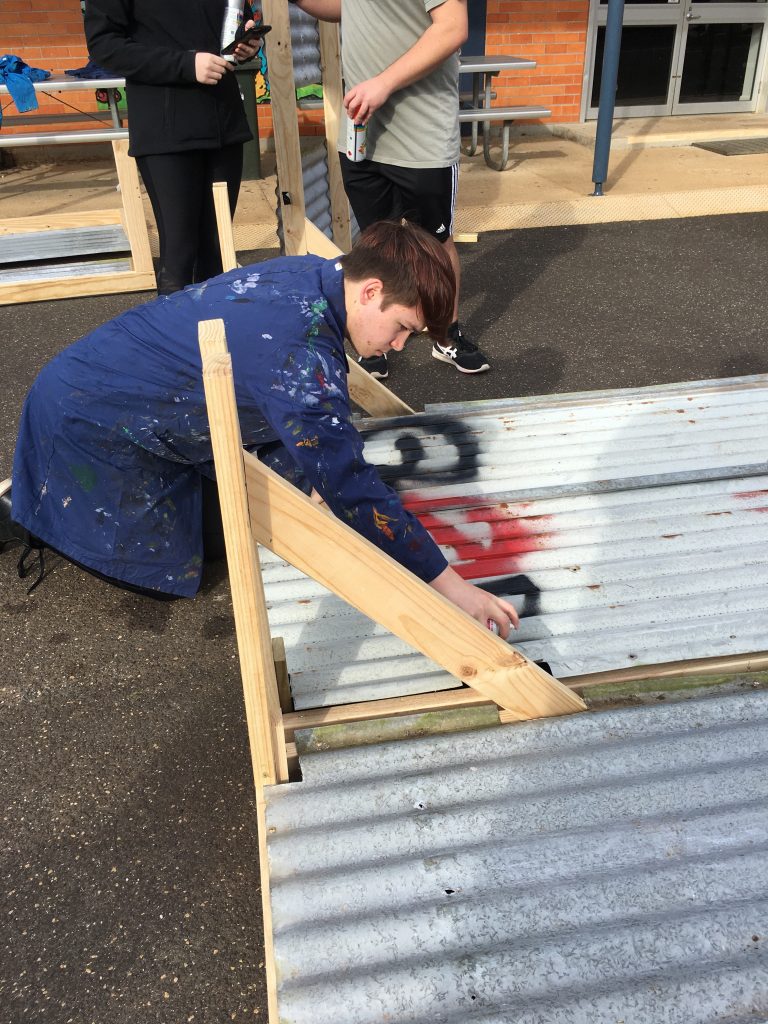 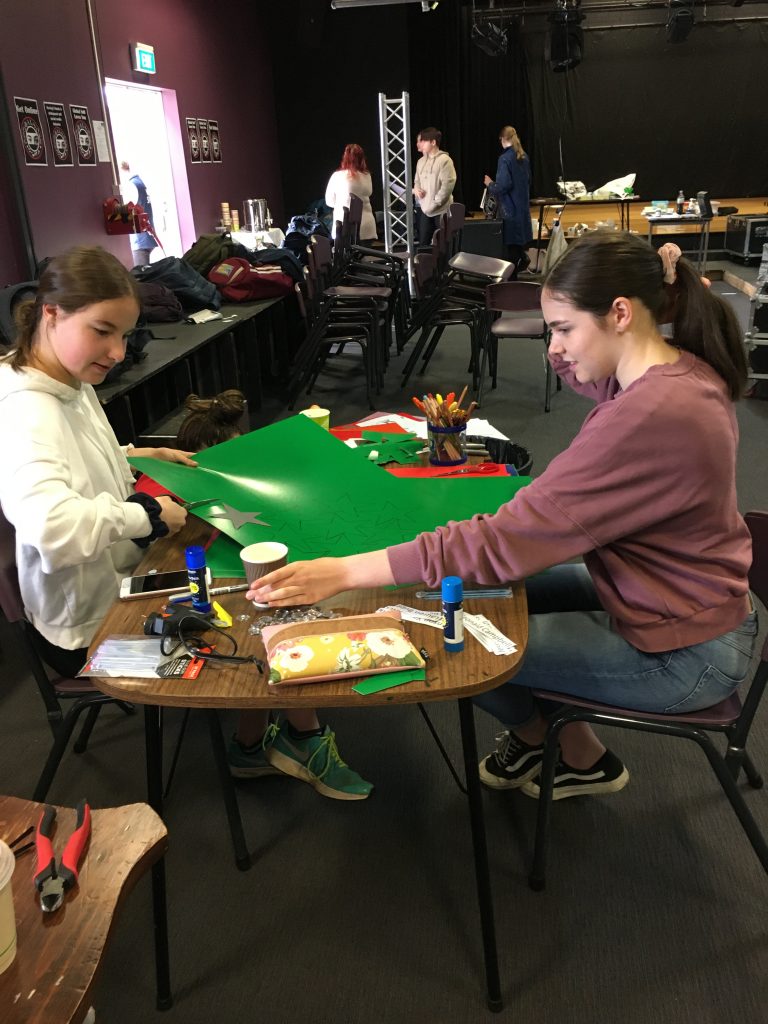 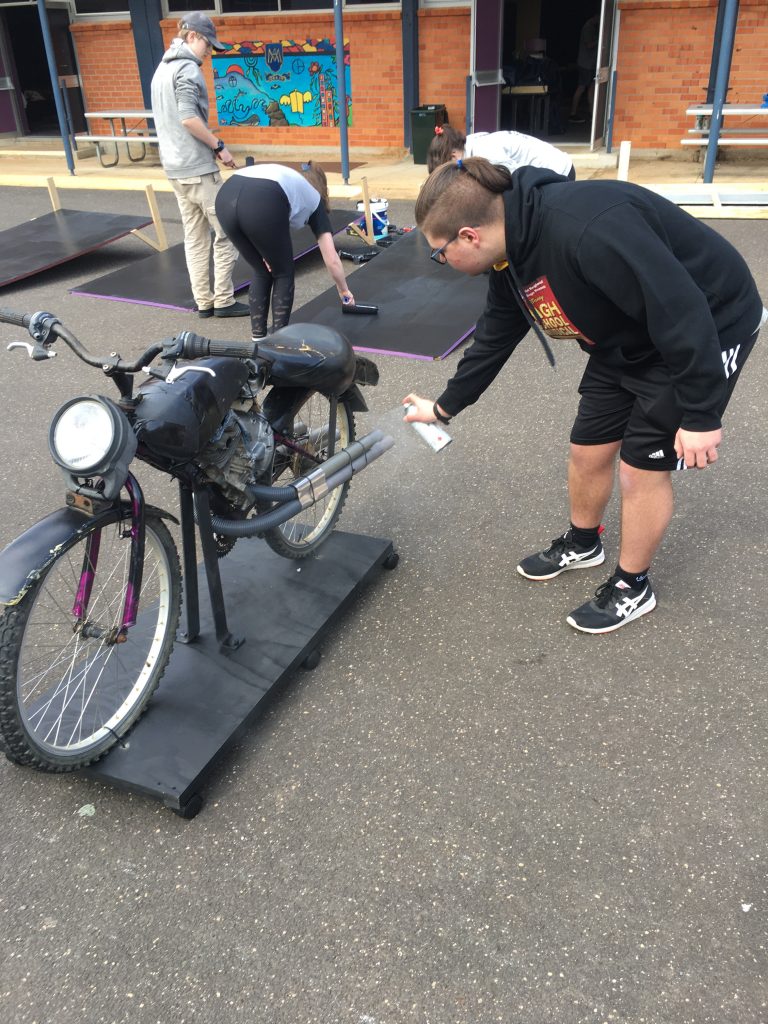 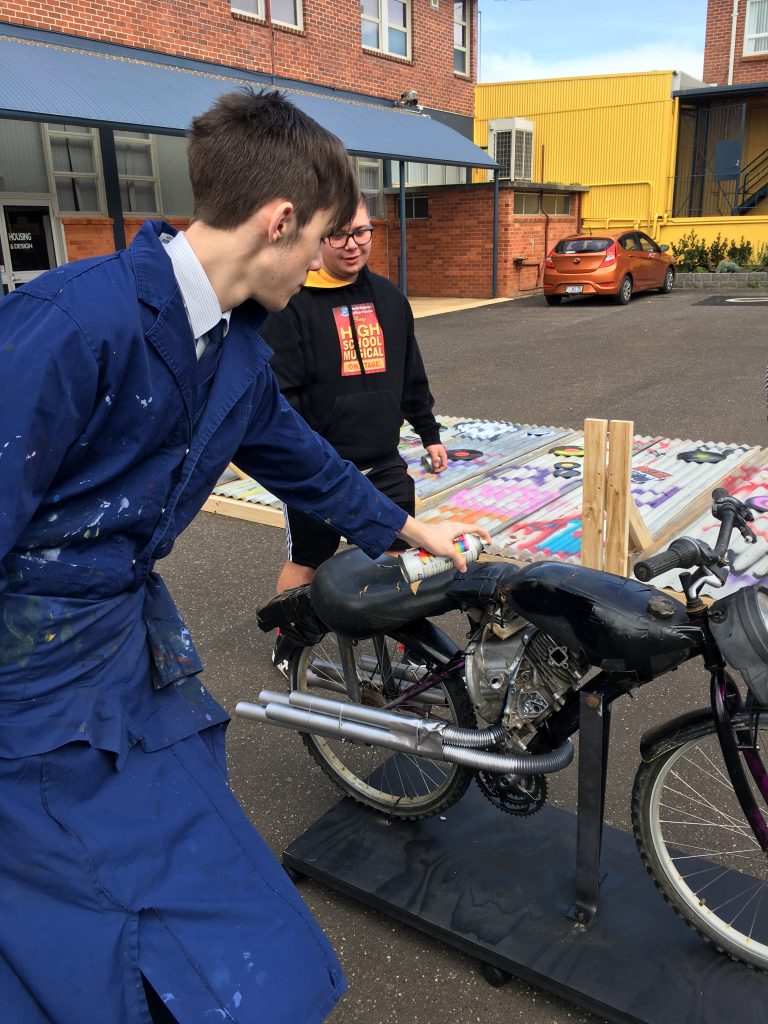 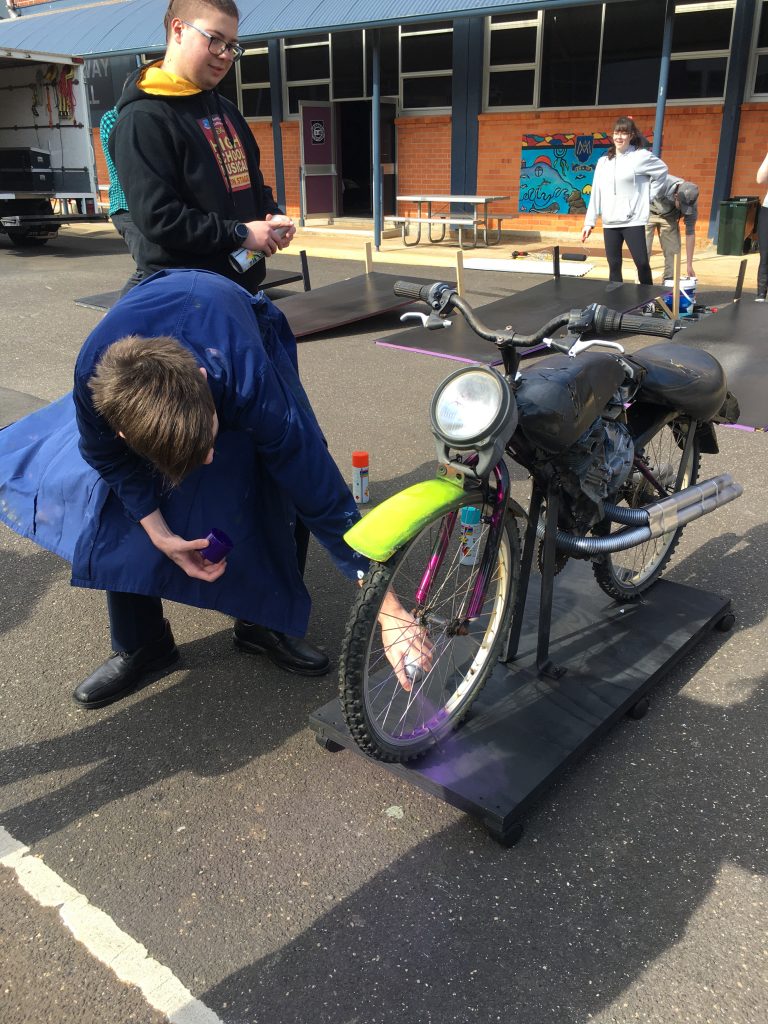