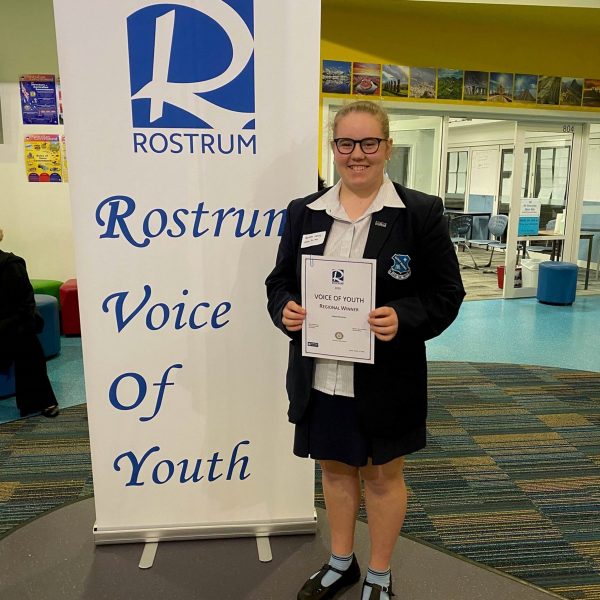 The speaking competition is in two parts: a six-minute prepared speech and a three-minute short notice (15–minutes preparation) speech. In the prepared speech, Lily spoke on the topic of “the right attitude”, Emily, “an incredible discovery” and Charlotte, “a story that matters”.

All students prepared and presented their speeches to a very high standard. As there were twelve competitors in the junior competition, the juniors were divided into two groups with a winner announced in each group. Charlotte impressed the adjudicators with both her speeches and was judged the regional winner in her group. She will now progress to the state final of Rostrum Voice of Youth which will be held in Launceston on Saturday, 24 October.

Many thanks to Mrs Tess McDonagh for her work in preparing the girls for this competition and to Rostrum for hosting the competition. 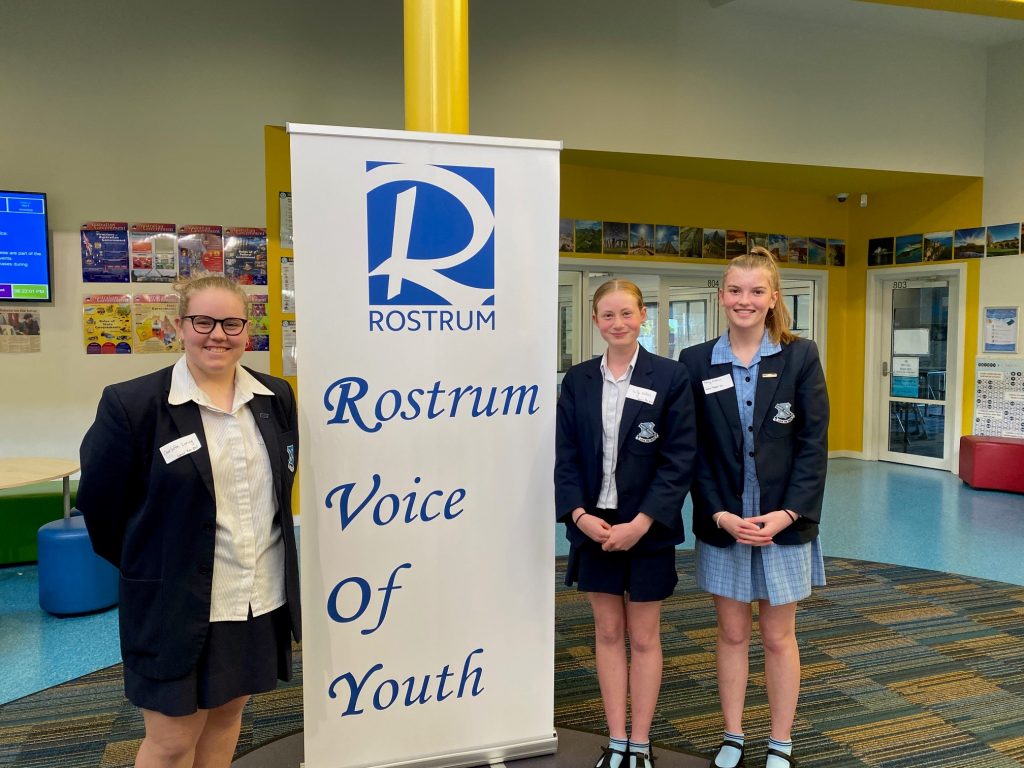