From our Acting Principal

Welcome back to all our staff, students and parents to Term 4 in what shapes to be a very busy, but also our shortest term. Please keep abreast with the school calendar and our communications to you, so as not to miss important activities and events.

There is no doubt, Year 12 students will all be experiencing the excitement and nervousness of their last days of schooling with final lessons, the Year 12 Vale Mass and Graduation ceremonies, study week and exams. All of the College community wish our seniors all the best.

This week alone, the seniors have been involved with:

Meanwhile, the rest of the school has made a very steady commencement to Term 4. It’s very much a heads down focused attitude with little academic time left within the year to make a big impression. Again, all we ask of our students is to give their personal best effort in all they do.

Unfortunately, at the end of Week 1, the Cam River Bridge had extensive damage disrupting proceedings for many, particularly all those who live west of the Cam River.

Last Friday, 334 students were absent from school because of their inability to cross the river without very significant delays and the uncertainty of bus travel and time frames.

On Friday evening, all parents of the community should have received an email from myself outlining the school’s procedures for student learning up until the bridge can be repaired.

It’s actually hard to believe in this day and age that one bridge can isolate so many in the community and cut off 1/3 of the state. However, it is what it is, and we will deal with this unusual interruption in the best way possible.

We will continually update parents on proceedings with this issue as required.

The most recent update indicates the bridge repairs will continue for another week.

A huge congratulations to Xander Power who has recently been awarded the Frank MacDonald Memorial Prize. 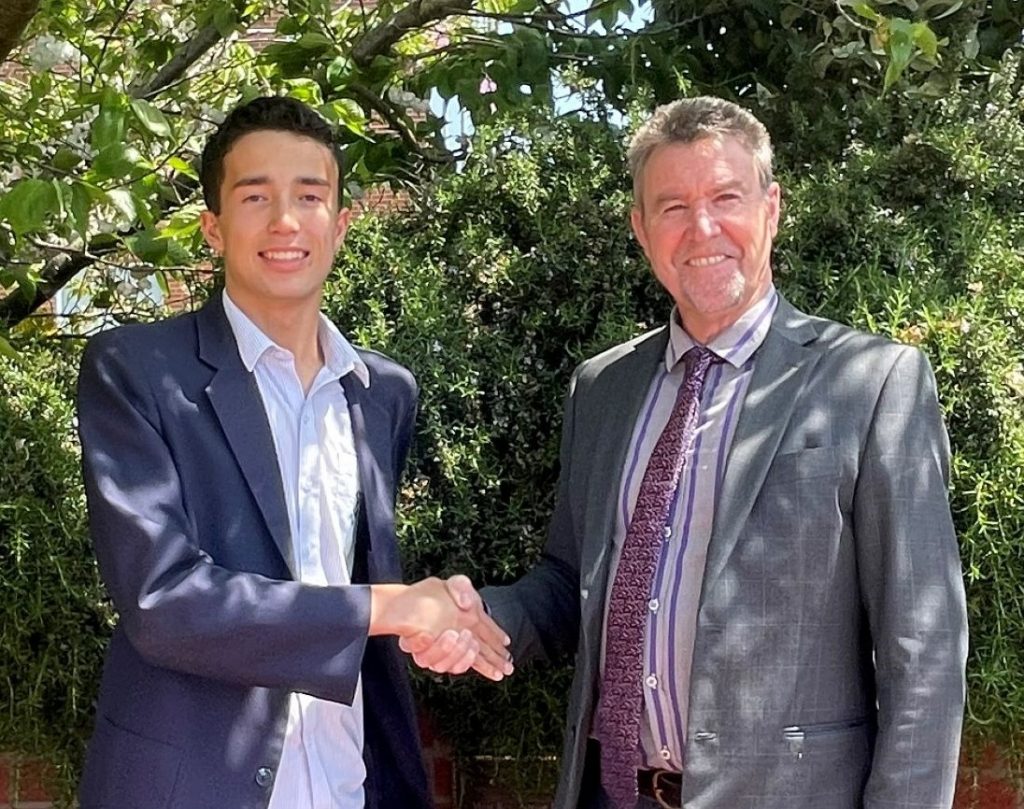 The Frank MacDonald Memorial Prize is an essay-based competition which commemorates and preserves the meaning of the ANZAC spirit in the Tasmanian community. Xander wrote about how the ‘Anzac Legend’ reflects the experiences of individual Australian soldiers who fought during World War I.

Xander will now go on a 10-day Study Tour in April 2023 (incorporating Anzac Day), visit the Australian War Memorial in Canberra, and attend educational meetings held once a month in the lead up to the Study Tour.

He may subsequently be part of an all-expenses paid Tasmanian Government contingent to Western Front in France and Belgium.

Also, congratulations to Nichola Williams and Penny Tassicker who are the Evatt Cup State Champions. Both girls will head off to Adelaide in late November to compete in the National Tournament representing Tasmania (30 November – 5 December). 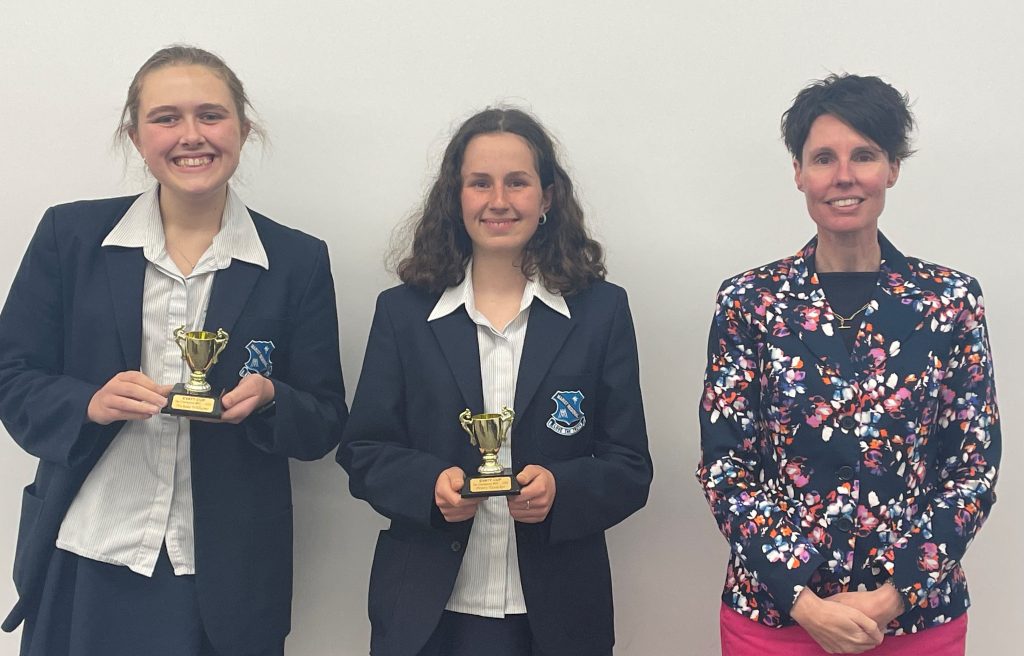 Penny also heads off to the Australian Earth and Environmental Science Summer School to be held at the ANU in January 2023. In addition, Penny won through the Tasmanian section to be selected for the Australian Junior Olympiad Team. What an amazing achievement from this very talented young lady.

Congratulations to Elliott Angilley who was the sole Year 10 State Winner for Tasmania in the Australian History Competition. Elliot was the third highest Year 10 winner from around the country (on the National podium). Over 30,000 students from around Australia participate each year. The focus is on testing students’ ability in interpretation and analysis, rather than prior knowledge. 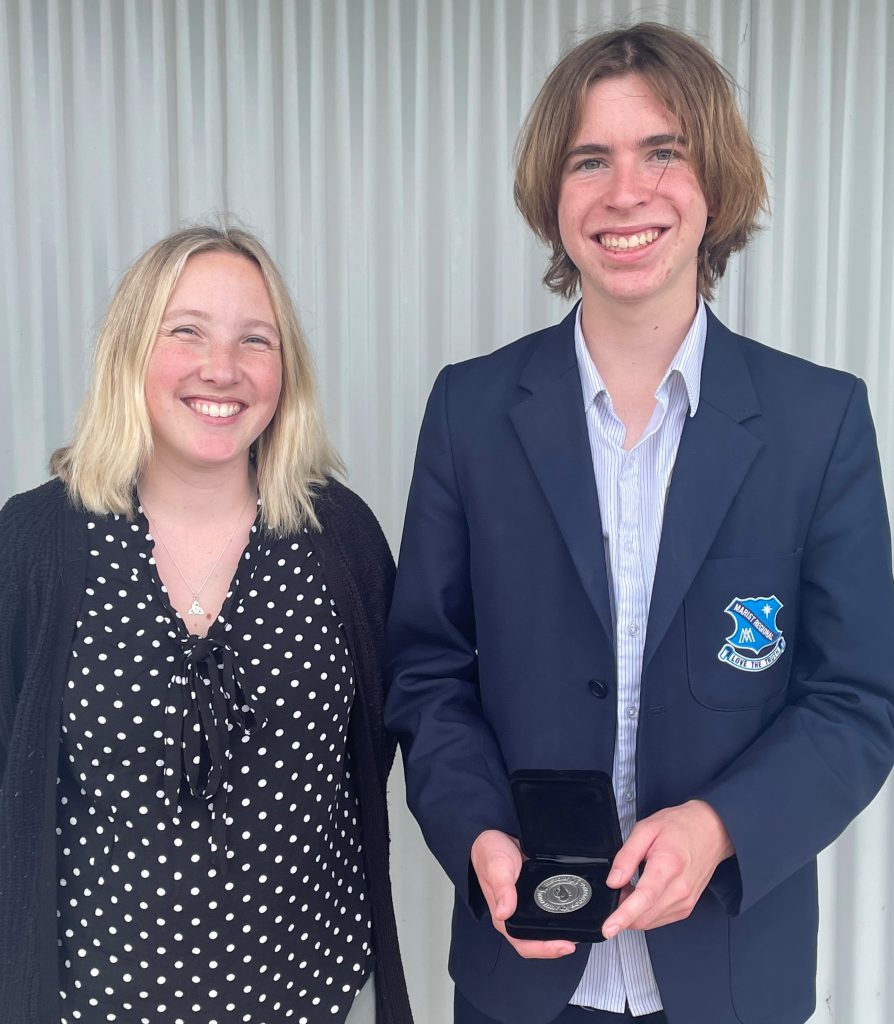 Vaping in Schools – The Dangers and Responsibilities

Vaping is described as the new smoking, and children of all walks of life are exploring and taking up this very addictive and dangerous behaviour. Unfortunately, we have students who vape, and we are dealing with this issue in an educative and disciplinary way.

Vaping is illegal for under 18’s and will not be tolerated at school. It is very harmful to one’s health despite the fact that it is being advertised as a healthier alternative to cigarette smoking. The bright colours and wonderful scented smells are very attractive to young people. Vapes themselves are very poorly regulated and many of them enter the country illegally or are put together in back yard garage organisations, concocted with all sorts of harmful chemicals.

Unfortunately, it is still up to schools to carry the load of monitoring, regulating, confiscating and educating students and parents regarding this new harmful fad.

Electronic cigarettes (e-cigarettes) are battery-powered devices that come in many forms. They all heat liquids, called e-liquids, into an aerosol that users breathe in. They may contain nicotine, flavourings and a range of harmful and toxic chemicals. Many e-liquids come in flavours that are attractive to young people, such as mango, lime and mint. The e-cigarette heat may also produce toxic substances.

E-cigarettes are harmful to the lungs

Vaping coats the lungs with harmful chemicals – liquid concoctions including a mix of flavourings, aromatic additives and nicotine and/or THC (chemical in marijuana) dissolved in an only liquid base. Some of these vaporised elements of the oil penetrate deeper into the lungs, causing an inflammatory response.

The substance at the centre of investigation is vitamin E. It’s often used as a thickening and delivery agent in e-liquid. And, while it’s safe when only taken orally as a supplement or used on the skin, it’s likely an irritant when inhaled. It’s been found in the lungs of people with severe, vaping-related damage.

Other common substances found in e-liquid or produced when it’s heated up may also pose a risk to the lungs. These include:

It’s a myth that secondhand emissions from e-cigarettes are harmless. Many people think the secondhand vapor is just water, but this couldn’t be farther from the truth. The vapor emitted when someone exhales contains a variety of dangerous substances, which may include: Nicotine, ultrafine particles, diacetyl, benzene (a chemical found in car exhausts).

Cancer is definitely a concern for vapers as it is for cigarette smokers.

‘Popcorn lung’ is another name for bronchiolitis obliterans (BO), a rare condition that results from damage of the lungs’ small airways. BO was originally discovered when popcorn factory workers started getting sick. The culprit was diacetyl, a food additive used to simulate butter flavour in microwave popcorn.

Diacetyl is frequently added to flavoured e-liquid to enhance the taste. Inhaling diacetyl causes inflammation and may lead to permanent scarring in the smallest branches of the airways – popcorn lung – which makes breathing difficult. Popcorn lung has no lasting treatment. There are, however, treatments that manage BO symptoms, such as:

There isn’t a good treatment for lipoid pneumonia, other than supportive care, while the lungs heal on their own. The single-most important thing you can do is identify what is causing it – in this case vaping – and eliminate it.

What are the risks of e-cigarettes for kids, teens and young adults?

I would urge all parents to discuss this article with their children and alert them to the dangers of vaping. It’s our role to keep our children educated and healthy for as long as we can.

I look forward to a busy and very enjoyable Term 4 for you all.

Anyone interested in becoming a member of the College Board, please express your interest to:

PA to the Principal