Next Wednesday, 16 September, our College will commemorate the 12-month anniversary of the passing of Mr Adrian Drane, our Principal from 2014-2019, with a whole-school prayer service in the Harcombe Centre at 10am. 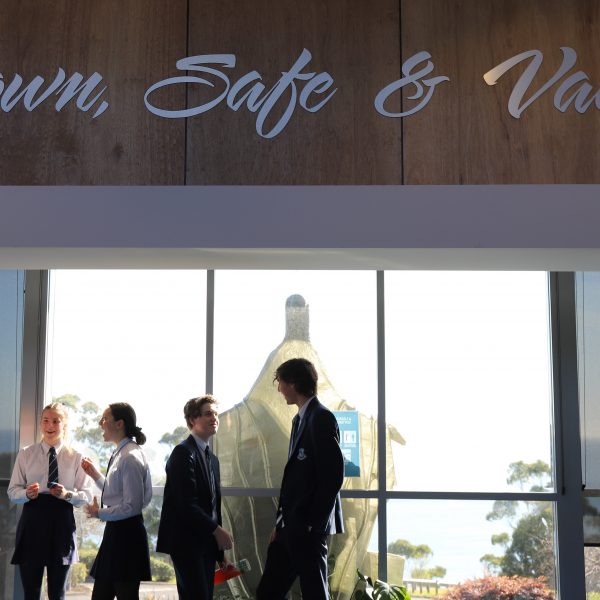 Adrian was admired broadly in our community, extending to our North-West region and beyond, in his work through Catholic Education Tasmania as our Catholic Principals Association of Tasmania President, as well as the colleges he worked in throughout Victoria.

My memories of Adrian included listening to his reflections at Lay Liturgies in Somerset on a Sunday morning. Adrian was an articulate man, and his words of faith and life were genuine, relevant and meaningful.

Adrian was a man who always stood up for what he believed to be right. I also have memories of Adrian respectfully challenging those in senior positions of leadership at our statewide principal meetings. Courage was one of Adrian’s many strengths.

Adrian’s commitment to the students was widely recognised, with his strong presence at sporting events, retreats, camps and activities, obvious to all in his pursuit of knowing and valuing the relationship with every child.

Adrian was hard-wired to know others and know them well! I’d only met him once, but he was able to ask me about Amanda, my wife, and our only child at the time, Theo, and other aspects of our lives during our second interaction. Adrian listened deeply to others and wanted to know their stories. His mantra for all students to be known, safe and valued is presented beautifully for all time in our Marian Centre at the College. We have a responsibility to ensure this legacy is “lived out” at this college by all.

This week I stumbled across parliamentary notes, which affirmed the significant impact his leadership had on the lives of others:

“Adrian’s contribution extended well beyond the schoolyard. He took it on himself to help Tasmania’s homeless, victims of bushfires and even those who experienced some of the unimaginable abuse uncovered by the Royal Commission into Institutional Responses to Child Sexual Abuse. Adrian displayed every quality you could hope for in a leader of the next generations of young Australians. The fact that Adrian Drane is irreplaceable is all the more a shame because the world could do with a few more of him.”

Having had some time recently with Adrian’s son, Mitchell (Year 12), he spoke of the importance his father placed on his own values and beliefs. This was evident following a public speaking opportunity, where one member of the audience stated:

“What a passionate man representing a school which endeavors to live out what they believe. He was proud of the ethos of the school, the students and staff and we as the listeners felt so proud to have a quality educational institution like Marist in our region.”

We give thanks for the impact that Adrian had on thousands of young people. We pray and send our love to Adrian’s wife, Sue, and his children Mitchell and Zoe, during this time and beyond. Adrian is sorely missed.

Members of the parish and wider community are invited to attend our Liturgy of Remembrance on Wednesday, 16 September at 10am in the Harcombe Centre.

We extend our support to students and staff during this time. If you or your child requires support, do not hesitate to make contact with us. 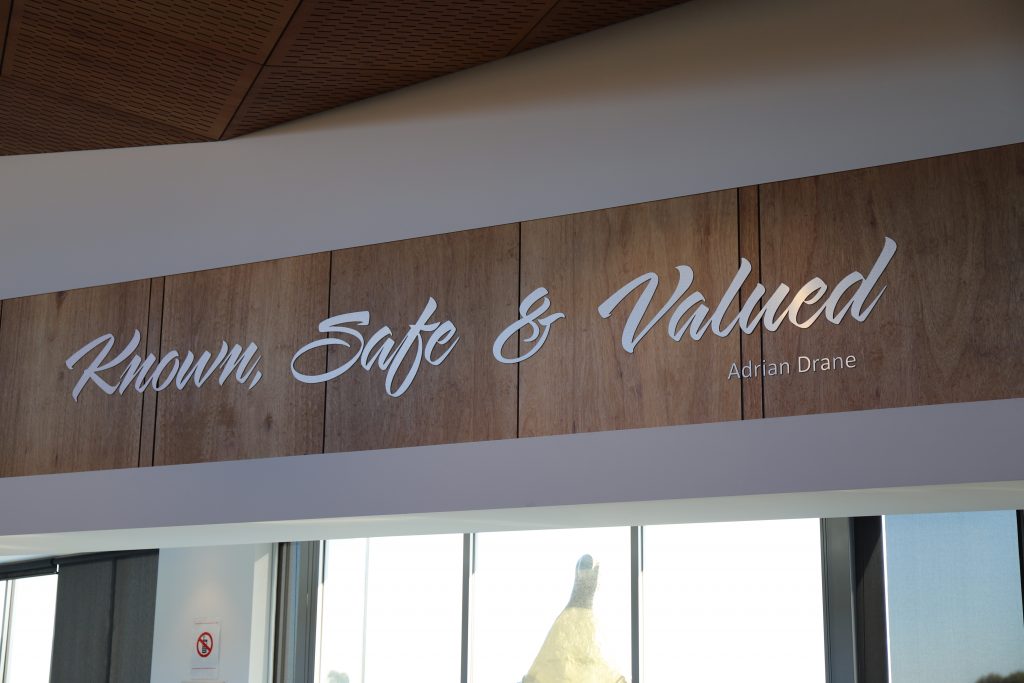