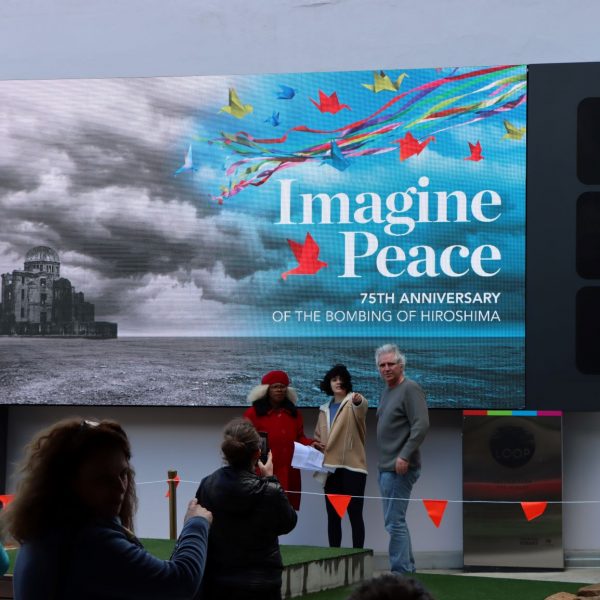 Since then, people all over the world have found ways to commemorate the bombings. During these times of reflection, we come together to remember the lives lost, the devastation caused and hope for a realisation of everlasting world peace.

As part of these commemorations, the City of Hobart hosted a Haiku competition for students in Tasmania. Students were to write a haiku (Japanese traditional poem with the structure: 5 syllables, 7 syllables, 5 syllables) within the theme of peace. Our own student, Naomi Billows entered a beautiful haiku poem and came 2nd in the Senior College age group. Naomi was then invited to travel to Hobart on 6 August to be a part of the City of Hobart’s “Imagine Peace” 75th Anniversary of the Bombing of Hiroshima commemoration. Naomi was invited to speak and help to introduce important guests at the ceremony – a great privilege!

The ceremony was moving; the sadness of such great loss was well balanced with the beauty of people involved in a worldwide movement to prevent the storing of atomic bombs to be used against mankind. (Renice Billows, valued Marist staff member and mother of Naomi).

To see the haiku poems written by Tasmanian students, please click here. These poems have been on display on the digital billboard called the “Loop” in Elizabeth Street, Hobart.

We are so proud to have been represented by a student who truly understands the meaning of peace and can reflect on the sacrifices made by those in these unforgettable acts of war. We hope that after reading this you may spare some time to reflect on peace in this world. We are at a unique time in history to implement positive change and we all have a role to play. 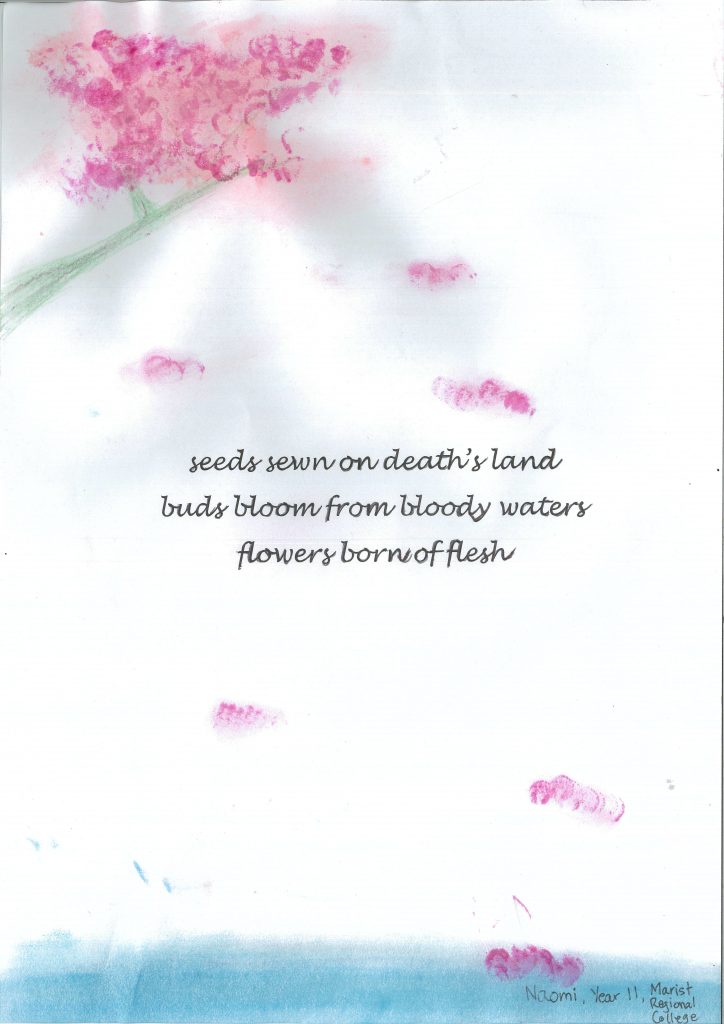 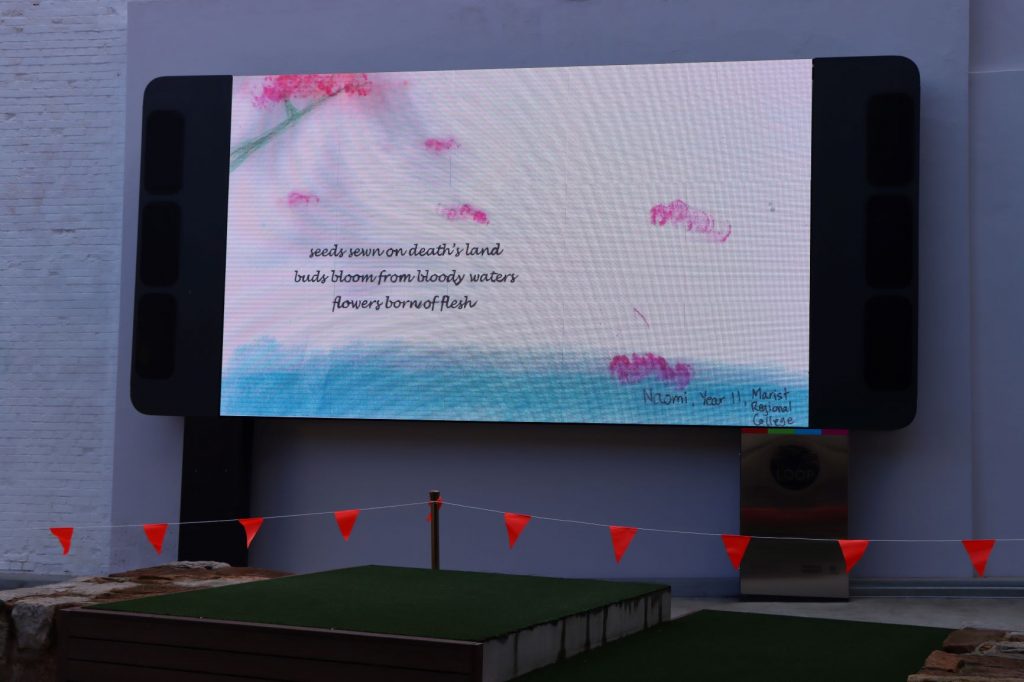