The Power of the Cross

“He Himself bore our sins in His body on the cross, so that we might die to sin and live to righteousness; for by His wounds you were healed.” 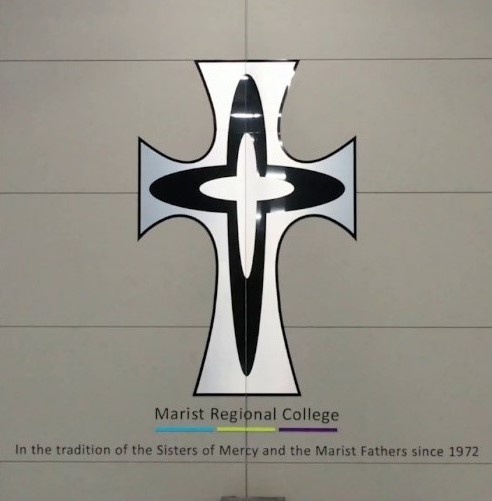 The symbol of a cross has become synonymous with the Church. The cross represents for Christians the mercy found through Jesus’ death and resurrection. It is a symbol of hope and joy. When people think of a cross, they usually think of Christianity and whatever their understanding of this may be. The cross has become so common place that not much thought can be given to its meaning or significance, for both churchgoers and non-churchgoers alike.

But for a long time, the cross was a very odd and morbid symbol for Christians to have. In fact, for a long time it wasn’t the main symbol Christians used! When people of the ancient world saw an image of a cross, they knew exactly what it represented, what the cross and crucifixion really was. Crucifixion was a cruel and shameful means of being executed. It was reserved for the worst of criminals and was a slow painful death, with those condemned nailed to a large piece of wood and exposed to sun or rain. But arguably worst of all, crucifixion was a public shaming. The condemned were on display for all to ridicule, gaze at and be warned. No one wanted to face crucifixion.

So, for Christians to proudly use a cross as a symbol is quite bizarre, almost morbid. It would be like having an electric chair or noose as a symbol! So, if the cross is an instrument of death and shame, why do Christians use it as a symbol of hope and joy?

There is much power in the symbol of the cross. The cross isn’t a symbol of hope because of the death it brought, rather because of the one who chose to submit himself to death on a cross. When Jesus Christ willingly took up the cross and allowed himself to be nailed to it, he did so not because he was a criminal or had done anything shameful, but in order that we might receive forgiveness. Jesus took the guilt, the shame, and the punishment which mankind deserves. Jesus died so that we might have life, and through his resurrection we also can have eternal life.

The cross also reminds us that all are called to and welcomed by Jesus. No matter who we are, where we have come from or what we have done, all are called to know and be loved by Jesus and receive his forgiveness. The scriptures describe heaven as being like a massive feast where everyone will be in joy and celebration at the table of Christ the King. At this feast there is room for all who would turn to Jesus and his death on the cross.

So next time you see a cross, whether it be on a church spire, at school or on a uniform, at a cemetery, a war memorial, on a book, don’t just notice it and glance away. Instead, spend a few moments to reflect on who that symbol points to. Think about the love of God by sending Jesus for you and your relationship with him. Pray to him, turn to him, and give thanks that you are so loved by King of the feast in heaven. Amen.